The Jeff and Shelli Johnson Memorial Scholarship for $500 and the Tristan Sauers Scholarship for $500 was awarded to Frank Truden. Frank is the son of Daniel Truden and Renee Bloom. Frank will be attending the Pennsylvania College of Technology this fall with a focus in welding. During his time at Kane Area High School, Frank was a member of the basketball, track and baseball team along with Little Dribblers. 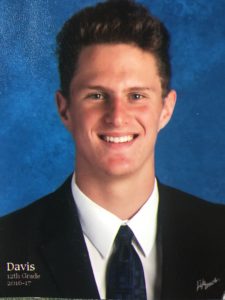 The recipient of one of the Sashy and Gladys Kane Scholarships for $1,000 is Davis Gardner. This scholarship is available to Kane Area High School students who play an active role in their school and community and live within the borough. Davis is the son of Troy and Melissa Gardner. Davis will be attending Edinboro University this fall for Criminal Justice with plans of becoming a State Trooper. Davis also plans to play football at Edinboro University this fall. During his years at Kane Area High School, Davis was a member of the basketball and football team 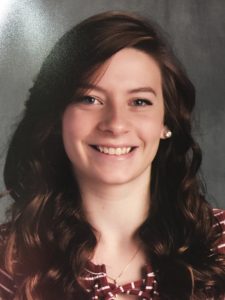 The Diana J. Hulings Memorial Scholarship for $525 and the Sashy and Gladys Kane Scholarship for $1000 recipient is Lindsey Greto. Lindsey is the daughter of Lori and Michael Greto. Lindsey will be attending University of Pennsylvania in the fall and majoring in Psychology. During her years at Kane Area High School, Lindsey was a member of student council, Treasurer of SADD, Treasurer of the school newspaper (Hi-Life) as well as a member of the softball and volleyball teams. Lindsey volunteered at the Special Olympics, KARE for Kane, and participated in Theater Arts. 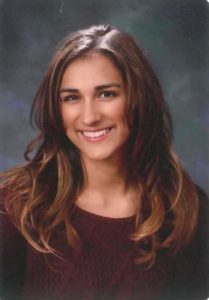 The recipient of the John and Donna Hulings Scholarship for $500 is Marcella Stanisch. Marcella is the daughter of Max and Laura Stanisch. Marcella will be attending Edinboro University this fall with a major in Nursing (BSN). During her years at Kane Area High School, Marcella was involved with Special Olympics, KARE for Kane, Altar Serving, Volleyball and Softball (4 years), SADD, Athletic Association, class officer (secretary) and the school store president.

The Steve Jerman Scholarship for $500 and the John and Donna Hulings Scholarship for $500 recipient is Lauren Gentile. The Steve Jerman Memorial Scholarship was created by his friends and family in hopes of keeping his legacy going after his passing. The scholarship is awarded to a graduating senior of the Kane Area High School who is pursuing a post-secondary education in the area of Elementary Education, Criminology, Social Services, or Health Related Fields of study. Lauren is the daughter of Anthony and Tina Gentile. Lauren will be attending the University of Pittsburgh at Bradford this fall majoring in Nursing. During her years at Kane Area High School, Lauren was the secretary of SADD and was a member of the club all four years. She was a member of the varsity soccer team and was involved with Special Olympics, K.A.R.E. for Kane, Youth Group and Vacation Bible School. 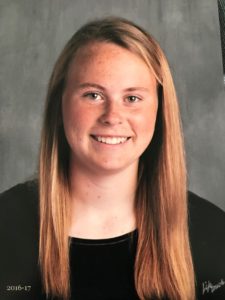 Brandi Wheatley received the Steve Jerman Scholarship for $500. Brandi is the daughter of Angela and David Wheatley. Brandi will be attending the University of Pittsburgh at Bradford majoring in Criminal Justice. During her years at Kane Area High School, Brandi was President of Student Council, President of Athletic Association as well as a member of the National Honor Society, Academic Bowl, Yearbook, Newspaper and Kane Volunteer Fire Department. 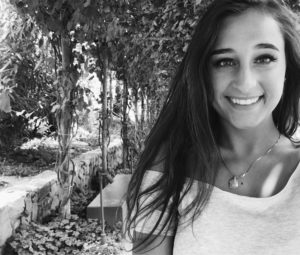 Camryn Cummings received the Chuck Daly Memorial Scholarship for $1,000. The Chuck Daly Memorial Scholarship was established to award a senior of Kane Area High School pursuing a post-secondary degree who participated in at least two sports during their Junior and Senior year. Chuck Daly was an American basketb all head coach.  He led the Detroit Pistons to consecutive National Basketball Association Championships in 1989 and 1990 and the 1992 United States Men’s Olympic basketball team to the gold medal at the 1992 Summer Olympics. Chuck Daly was an athlete and a scholar. Camryn is the daughter of Sam and Barbara Cummings. Camryn will be attending Indiana University of Pennsylvania to major in pre-med. Once she graduates and completes her full education, she hopes to become a pediatrician. During her years at Kane Area High School, Camryn was a member of the National Honor Society, Student Council, and K.A.R.E for Kane. She was also a member of the basketball, volleyball, and track and field teams. 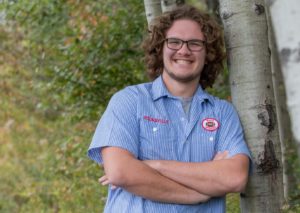 Keaton Rounsville received the Chuck Daly Memorial Scholarship for $1,000. Keaton is the son of Rod and Lisa Smith. Keaton will be attending Clarion University majoring in Political Science & Criminal Justice with a minor in Sports Management. He will also be playing football for Clarion Golden Eagles. During his years at Kane Area High School, Keaton was a member of the Kane Wolves Football, Wrestling and Basketball teams. He also was a volunteer for KARE for Kane, Little Wolves Football Camp, Little Wolves Basketball Camp and Art in the Wild. Keaton was also a Kane Little League Umpire and is an attendee at Believer’s Chapel Church Olean, NY. 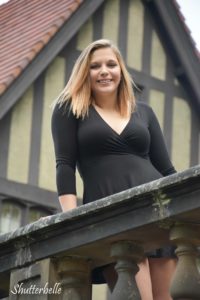 The Gary Meckley Scholarship Fund was established to award a graduating senior and Kane Area High School track team member who has earned a two-year letter-winner, with one of those letters being earned their senior year. The graduating student must also be a track student/athlete at the college they are enrolled. The candidate is a good example of living a healthy life-style, which emulates that of Gary Meckley and what he expected of himself as an athlete and the athletes he coached. Alaina Barner is the recipient of the Gary Meckley Scholarship for $1000. Alaina is the daughter of Jason and Michele Barner. She will be attending Clarion University of PA in August 2017, majoring in Speech and Language Pathology and minoring in Audiology. Alaina would like to continue her education after receiving her bachelor’s degree in Speech and Language Pathology and Audiology by going to a university to obtain a doctorate in Audiology.  She would like to have a profession as a Speech Pathologist working from pediatrics up to geriatrics or as a doctor of Audiology, preferably working in her own office. During her years at Kane Area High School, Alaina was an active member in Student Council, Students Against Destructive Decisions, Class of 2017 Vice President, Hi-Life Newspaper editor, Hurri-Kane Yearbook editor, Bible Club, Trout in the Classroom, Athletic Association, National Honor Society, Prom Committee, Weightlifting Club, and painting sets for school musicals.  As a student-athlete, she participated and excelled in volleyball, basketball, indoor track and field, outdoor track and field, and softball. In her community, Alaina has volunteered at the Barner Memorial Bowling Tournament, the Jarrett Costanzo 5K, the Lions Club 3-on-3 Basketball Tournament, and the JV Kane Volleyball Tournament. In her church, Alaina has taught kindergarten and second grade religious education classes.  She has also volunteered her time serving Thanksgiving dinners to the homebound, packing shoeboxes for Operation Christmas Child, and packing backpacks for the Second Harvest Backpacking Program. 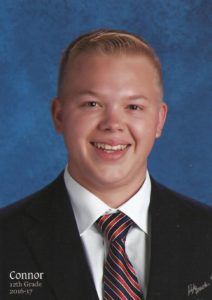 The Paul Robert and Frieda Roberta Calkins Rolfe Scholarship is awarded to a graduating student continuing their education in the field of nursing or engineering from the KAHS school district and a person residing within the borough of Mount Jewett. Connor Crowley is the recipient of the Paul Robert and Frieda Roberta Calkins Rolfe Scholarship for $1000 each year for 4 years. Connor is the son of Peter John and Holly Jo Rezzelle-Crowley. Connor will attend West Virginia University in Morgantown, WV this fall. Connor was accepted as an Honor College Student into the Davis School of Agriculture where he will major in Wood Science and Technology with a double minor in Business management and Forestry. He aspires to work in Research and Development within the Wood Industry. During his years at Kane Area High School, Connors activities included Boy Scouts of America, National Honor Society, Quiz Bowl, Varsity Baseball, Varsity Golf, Legion Baseball as well as numerous other activities.