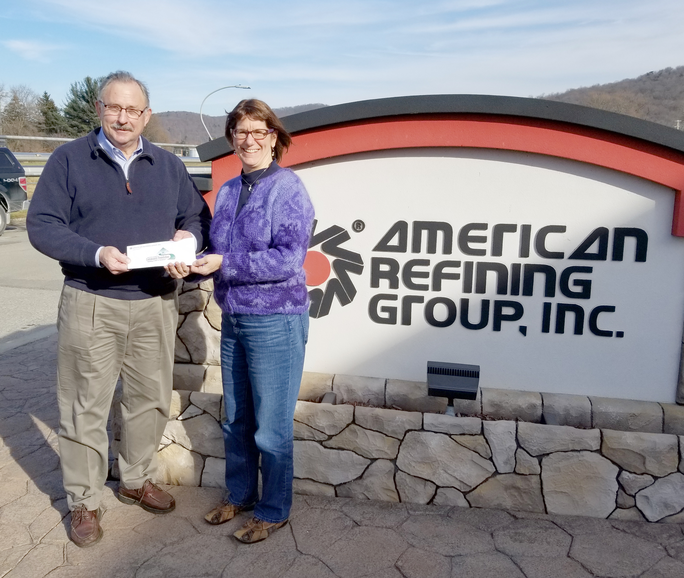 BRADFORD, Pa. – American Refining Group Inc. (ARG) presented the recently established McKean County Community Foundation (MCCF) with a charitable gift of $1,000 this holiday season.
Every year during the Christmas season instead of purchasing thousands of traditional, paper greeting cards, ARG shares an e-card and donates the money saved to a local non-profit.
ARG donates thousands of dollars annually, but this seasonal contribution is extra special, according to ARG President and Chief Operating Officer Jeannine Schoenecker.
“We appreciate how nice it is to receive holiday tidings in the mail; everyone loves that,” Schoenecker said of traditional cards, “but we also value the impact that the contributions we make instead can have on the organizations critical to our community’s wellbeing.
“We enjoy these Christmastime donations more than a typical contribution because they are generally unsolicited and so unexpected by the recipient,” Schoenecker continued. “It’s become a festive tradition and a nice reminder of the reason for this season.”
Court Appointed Special Advocates (CASA) of McKean County benefited in 2016.
ARG donates thousands of dollars throughout the year, and thousands more are contributed by its employee-donation-matching program to other local non-profit organizations and relief efforts. With a philanthropic spirit that is cultivated corporately and encouraged in its employees, ARG focuses its charitable giving on education, economic development, human services and health care.
Schoenecker said the foundation was chosen to receive the donation in 2017 because several individuals within ARG were instrumental in its establishment, none more than MCCF board chairman (and recently retired ARG Vice President – External Affairs) Bob Esch.
Like the Elk County Community Foundation, the MCCF is an affiliate of the 501 (c) 3 Community Foundation of North Central Pennsylvania.
“We were thrilled to see the MCCF finally, officially established this year,” Schoenecker explained. “ARG has long shared the belief that McKean County needed and deserved a community foundation, so we are happy to make this contribution toward its long-term success.”
Community foundations are unique, grant-making public charities that are dedicated to improving the lives of people in a defined geographic area. A community-led approach, they create locally controlled assets by bringing together the financial resources of individuals, families and businesses to strengthen rural areas like McKean County. These assets build a community’s ability to shape a better future and promote the well-being of everyone who lives there.
Esch said, “We are thankful for ARG’s continued support of and commitment to the foundation’s success.”
For more information about ARG, visit www.amref.com. For more information about the community foundation, e-mail mccf@zitomedia.net, call 844-238-2289 or follow them on Facebook. 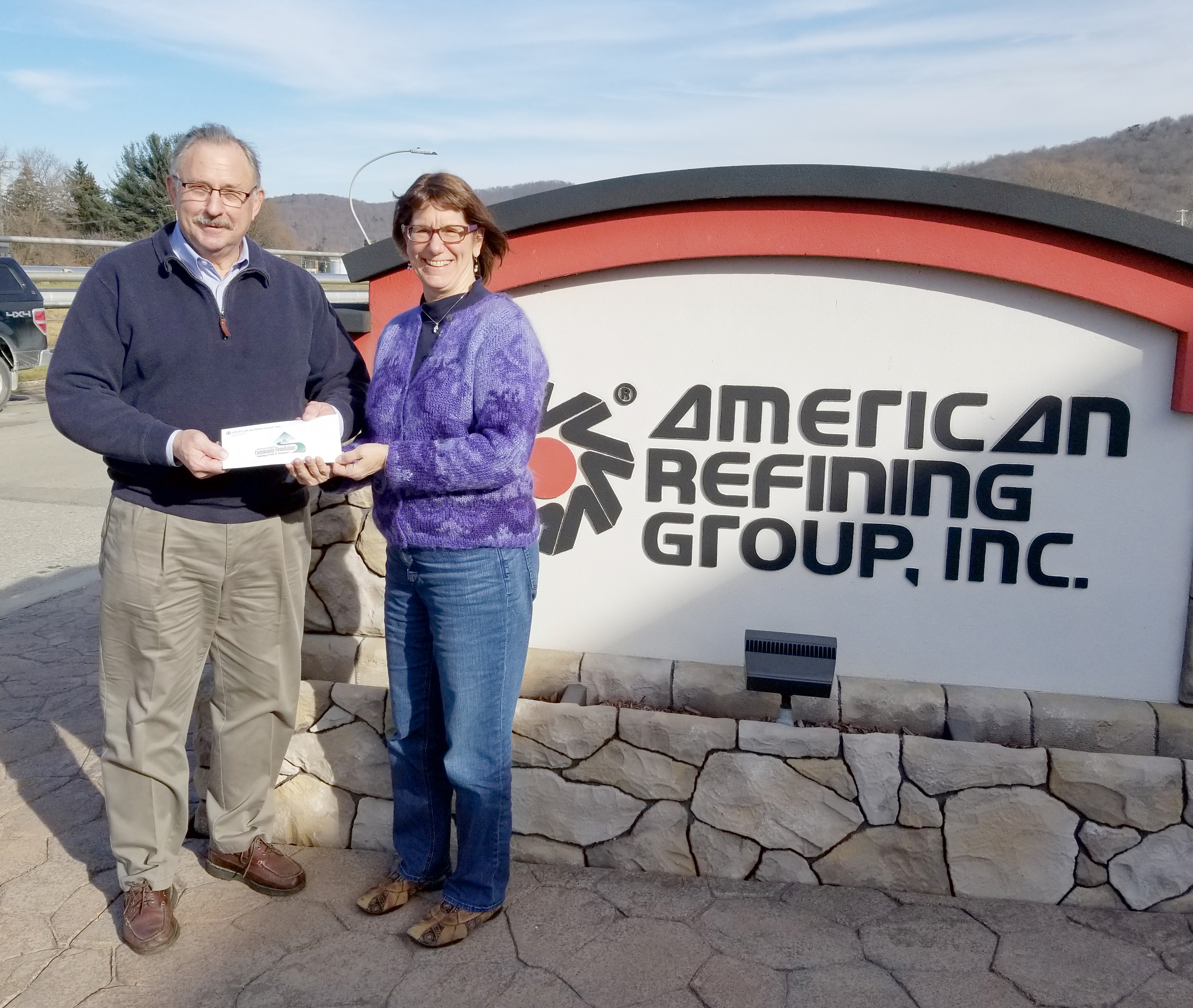